Michael R. Pointer published in 1980 a maximum gamut for real surface colors, based on 4089 samples, establishing a widely respected target for color reproduction. Visually, Pointers Gamut represents the colors we see about us in the natural world. Colors outside Pointers Gamut include those that do not occur naturally, such as neon lights and computer-generated colors possible in animation. Pointers Gamut is illustrated below. 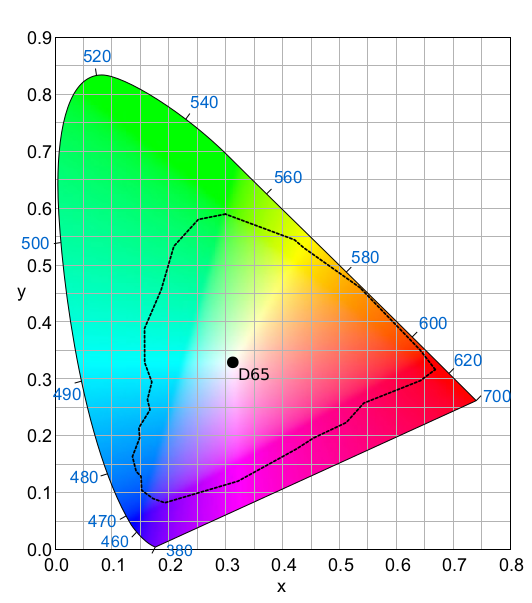 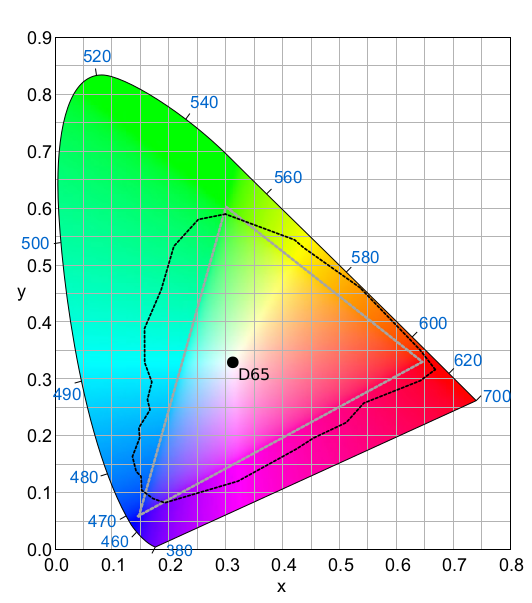 DCI-P3 is the minimum color gamut required of digital cinema projectors and displays.  Emphasis should be placed on P3’s role as the minimum color gamut for cinema display, as it is not the container color space for digital cinema.  (This is discussed in more detail in the prior section.)  The P3 color gamut was first specified by Digital Cinema Initiatives (DCI) in its Digital Cinema System Specification v1.0 (2005), and is now documented in SMPTE RP 431-2 Reference Projector.

Below, DCI-P3 is compared with Pointer’s Gamut. As you can see, DCI-P3 covers most of Pointers Gamut. 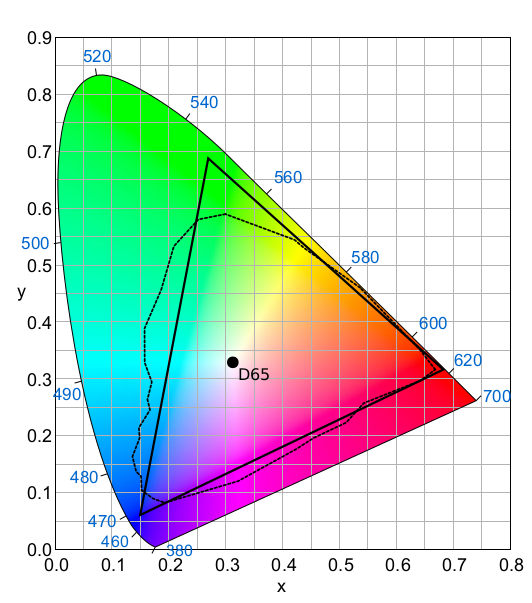 Rec. 2020 is the ITU Recommendation for UHDTV. Included in the Recommendation is the UHDTV container color space, commonly known as “Rec. 2020,” designed to incorporate Pointers Gamut. However, emphasis must be placed on the word “container,” as practical displays cannot implement Rec. 2020. The actual implementation of Rec. 2020 in a display requires nanometer-wide primaries only possible with lasers, which would lead to metameric problems and speckle. (Metameric problems can result in a lack of color agreement among multiple viewers.  Speckle is often seen in the speckled pattern of laser pointers.) Unlike digital cinema, the ITU does not define a minimum UHDTV display gamut to guide manufacturers and artists.

The illustration below is of Rec.2020 compared with Pointers Gamut and DCI-P3. Note that if a wider minimum display gamut than DCI-P3 were to emerge, the primary benefit would be improvement in the cyan range.  Deeper cyans will deliver more vivid color in ocean shots, for example. 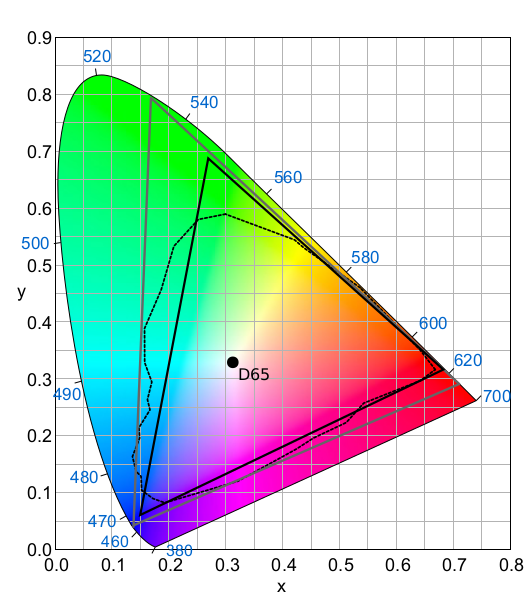 For those who are interested in learning more about color gamuts and color encoding, NVIDIA provides an excellent tutorial on the subject in (the first 17 pages of) its paper UHD Color For Games, authored by Evan Hart.