Image contrast and dynamic range in a projector or display refer to the ratio of brightest white to deepest black. These parameters can be a useful measure of image quality, but are not the only factor for determining quality.

The two images below are examples of good contrast and low contrast. A histogram is included with each photo to bring attention to the visual impact of high black level in low dynamic range displays. (The low end of the “X” axis represents black level.) The images underscore the importance of deep blacks in addition to peak whites in displays. Simply increasing brightness of a low dynamic range projector or display will wash out the image, a concern that is particularly important when displaying High Dynamic Range (HDR) content. 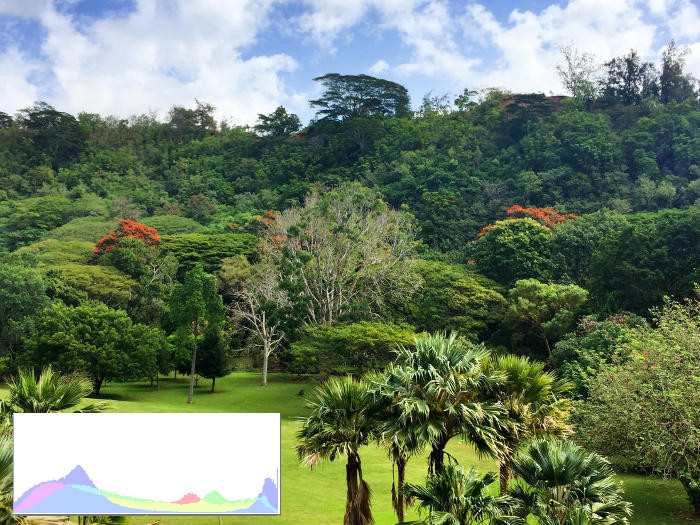