All cinema projectors employ light sources, optics, and a method of modulating light, in the manner shown below. Where projectors differentiate most is in the technology employed for the formation of images, referred to generically as spatial light modulators.

DLP modulates light in a temporal binary fashion, producing true digital modulation of light. Modulation takes place by oscillating one micromirror per pixel. Each micromirror either reflects light to the lens of the projector, or not. The micromirrors oscillate at rates up to tens of thousands of flips per second. By flipping the mirror back and forth, or not, a prescribed number of times per frame, a color shade is determined. The principle is illustrated below. 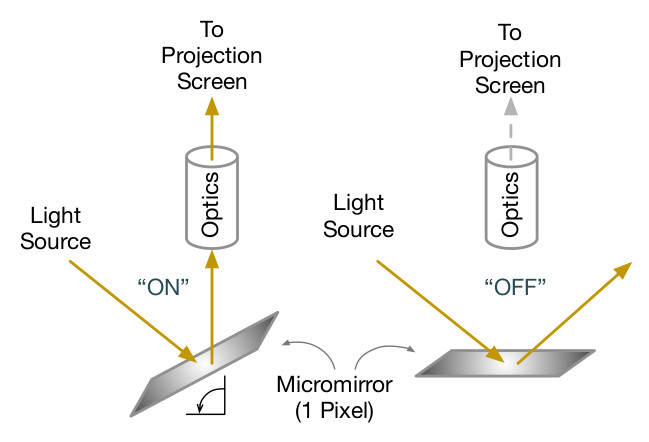 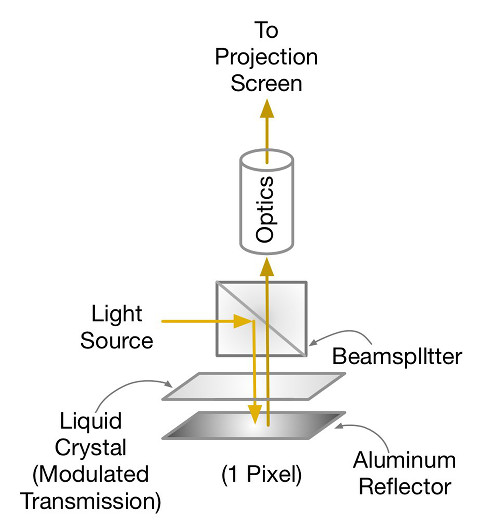 Projectors are not efficient in the utilization of light, transmitting less than 10% of light from the light source to the screen, as indicated in the figure at the top of this section.  In addition, the presence of infrared light in the light source will result in heat retention in light modulators and optics, which must be dissipated.  Future projection systems will target improvements in each of these areas.